Cinnamon Stick from Vietnam is mostly harvested in Yenbai, Lao Cai, Quang Nam provinces. Total area of cinnamon cultivation is more than 150,000 ha. The annual quantity is 30000 tons of all cinnamon stick and others accordingly. But… 90% of total production fresh cinnamon is from Yen Bai. That is the North mountain areas of Vietnam. 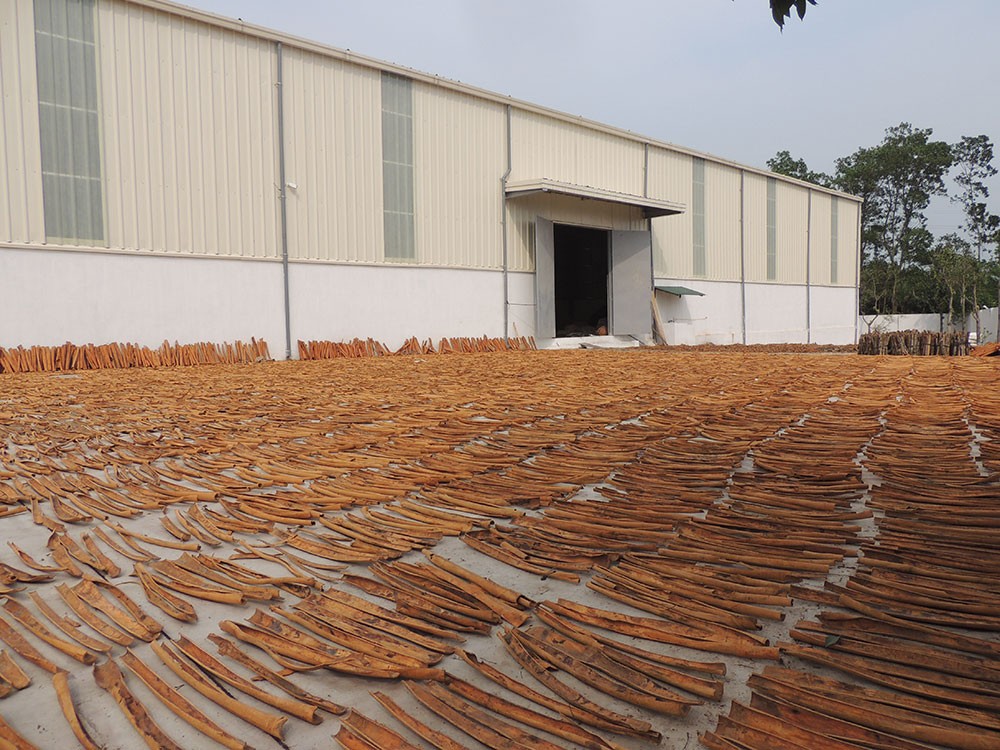 1. Processing from forest to table:  cinnamon stick from vietnam has very competitive price. In fact, there are 2 crops: main crop in April-May and sub crop in September-October each year. Furthermore, April/May season is summer time, quality of Cinnamon stick is the best in a year. Which is scroll percentage higher than it is in sub-crop. And the Cinnamon stick from Vietnam is well dried under sunshine. In summer season, the temperature is between 35*-42*C. Hence, assured fully dried of all cinnamon products.

As a partner, Elmar always recommend the clients to import Vietnam cinnamon in main season. In order to have The Best Price Cinnamon Stick in Vietnam and quality. Until now, we have been exporting Cassia products to more than 30 countries. For example: USA, Canada, Caribbean countries, EU, Middle East, Asian countries, etc. As a result, our team exported more than 9000 MTs of Cassia products in 2019. 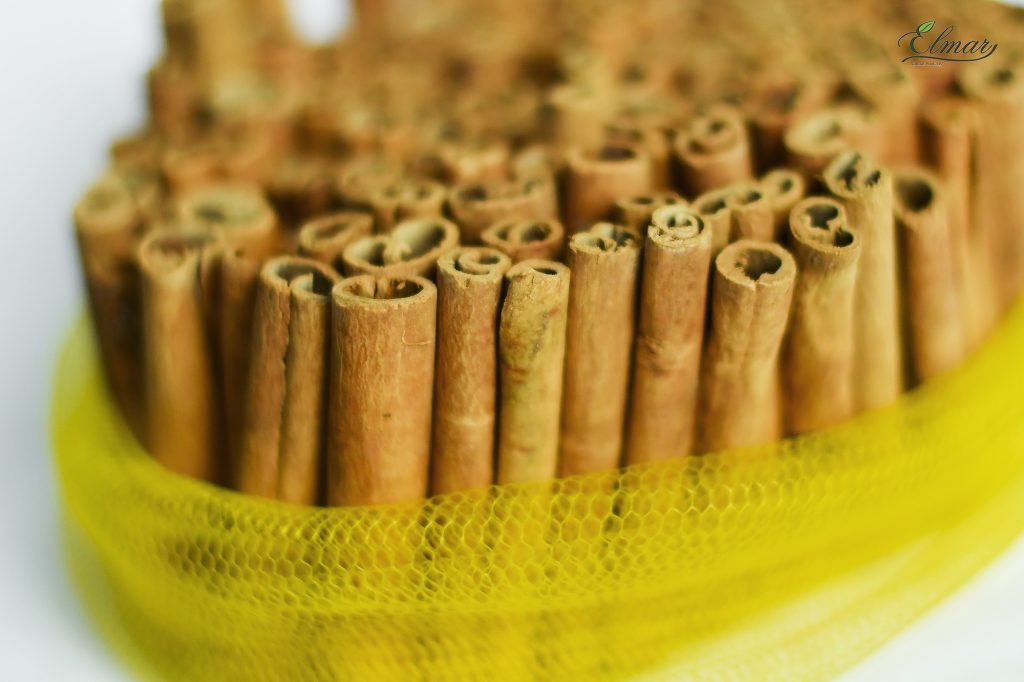 2. Quality is our most concern: Our plant harvest and process it without using synthetic chemicals, pesticides, non GMO. The Cinnamon stick from Vietnam contains very high natural oil content. In addition, we monitor, register the quality of fresh cinnamon. And we also the process of cleaning, sorting, drying, packing and delivery. Therefore, QC team commit the high standards of food safety. Our factory operates under ISO22000:2018, SSOP and HACCP.

As indicated, the most advantage of Cinnamon Stick in Vietnam (cassia vera AA)  is oil content. Which is around 6%, double time higher than Indonesia and Chinese cassia original. However, the price is much cheaper. Accordingly, the cinnamon price in Vietnam is 50% cheaper than Ceylon Cinnnamon in Srilanka. Hence, the demand of Vietnamese Cinnamon dramatically increased from the other parts of the world for past 3 years. Though above… the price of cinnamon in Vietnam is still very competitive. 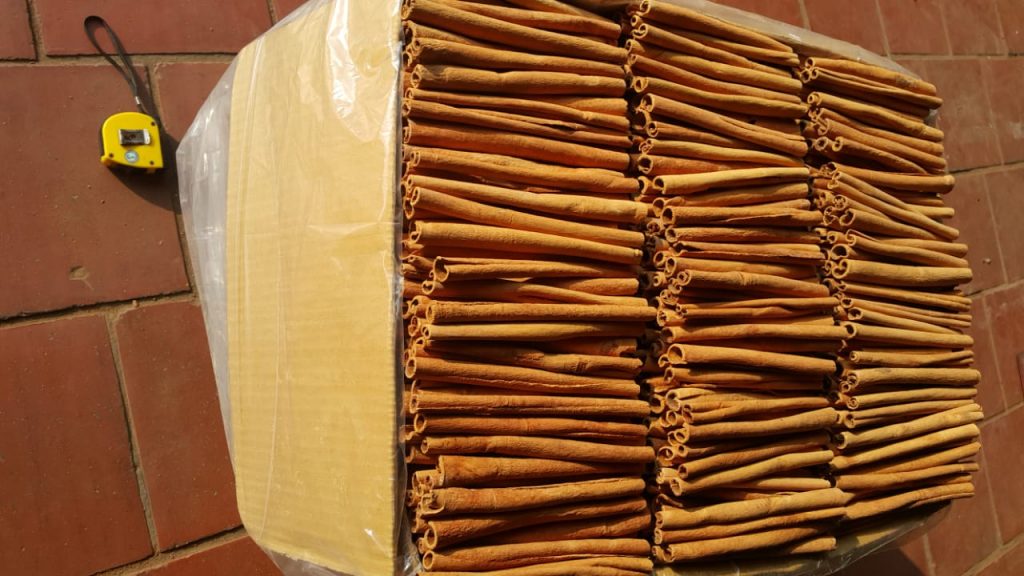 As a manufacturer, we control roll percentage, length of Cinnamon Stick. There are standard quality with 80% roll. And the premium quality is 90-95% roll. We have been exporting to the USA with Cinnamon Stick 2.75″, roll 90%. Moreover, we assure the Lead content in our product is lower than 1 ppm. 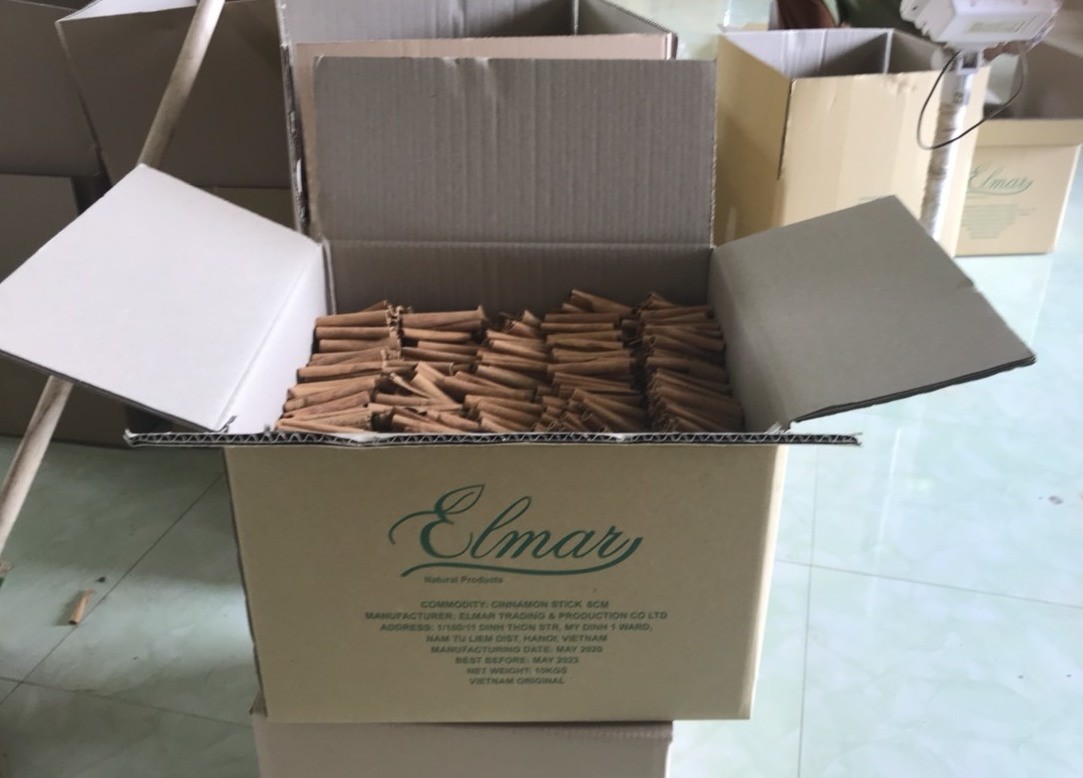 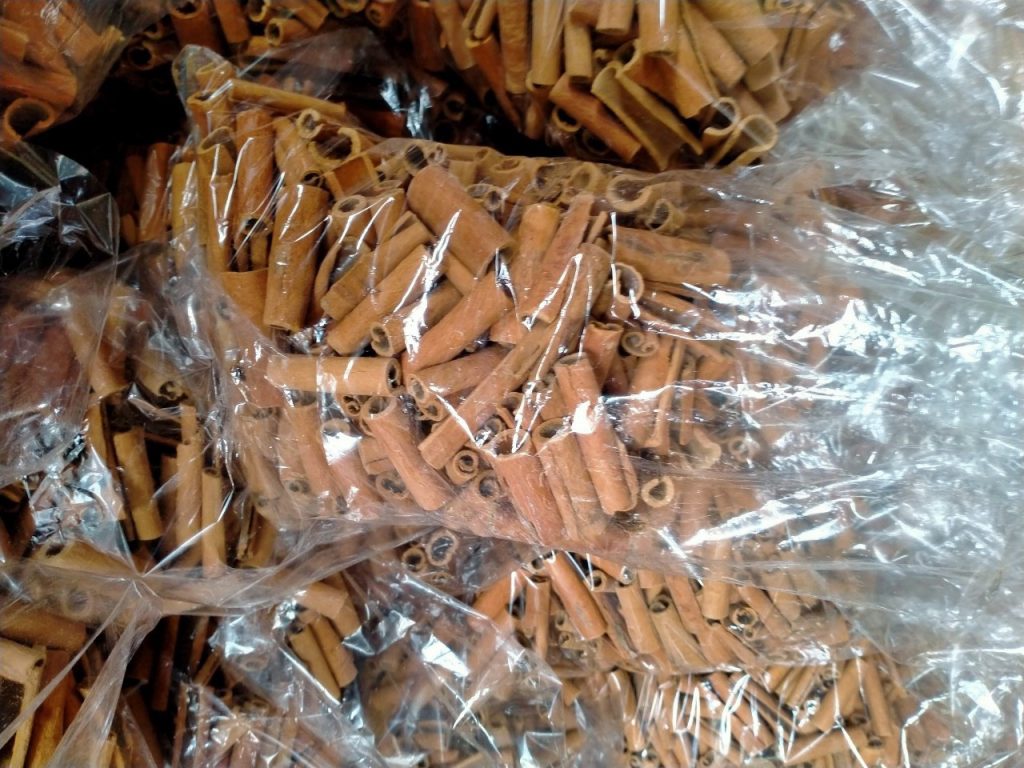 3. Regarding to the markets: Before 2014, we mainly export Cinnamon stick from Vietnam to India, Taiwan. As result of a good quality cinnamon, competitive price, the rest of world is now buying from Vietnam.  For the past three years, demand has been strong growth in exports to more than 80 countries. For example: the American, EU countries, Middle East. People is using Cinnamon stick from Vietnam for replacement with Cassia Vera AA from Indonesia. Also the Ceylon cinnamon from Sri lanka is losing its own market because of this. 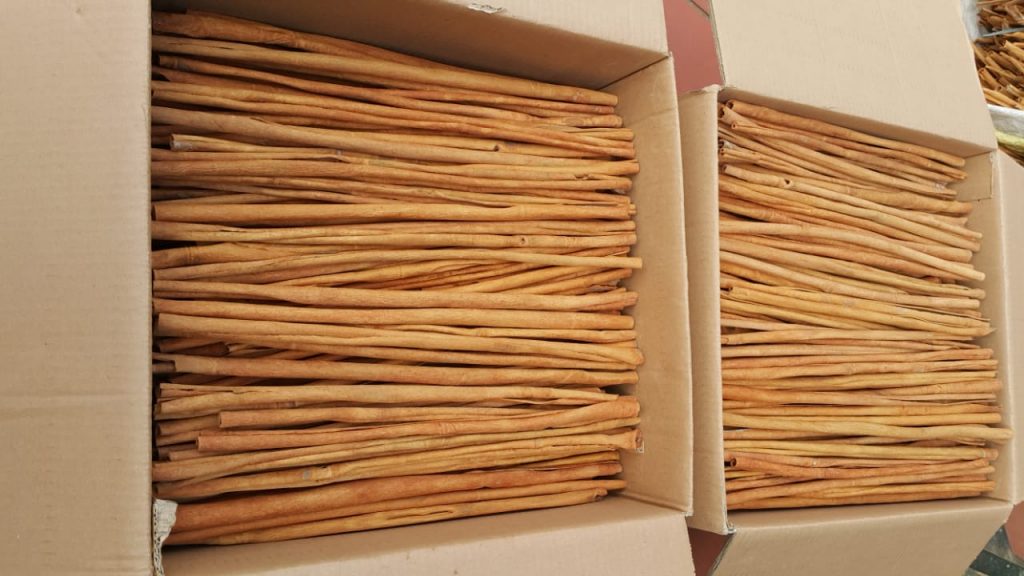 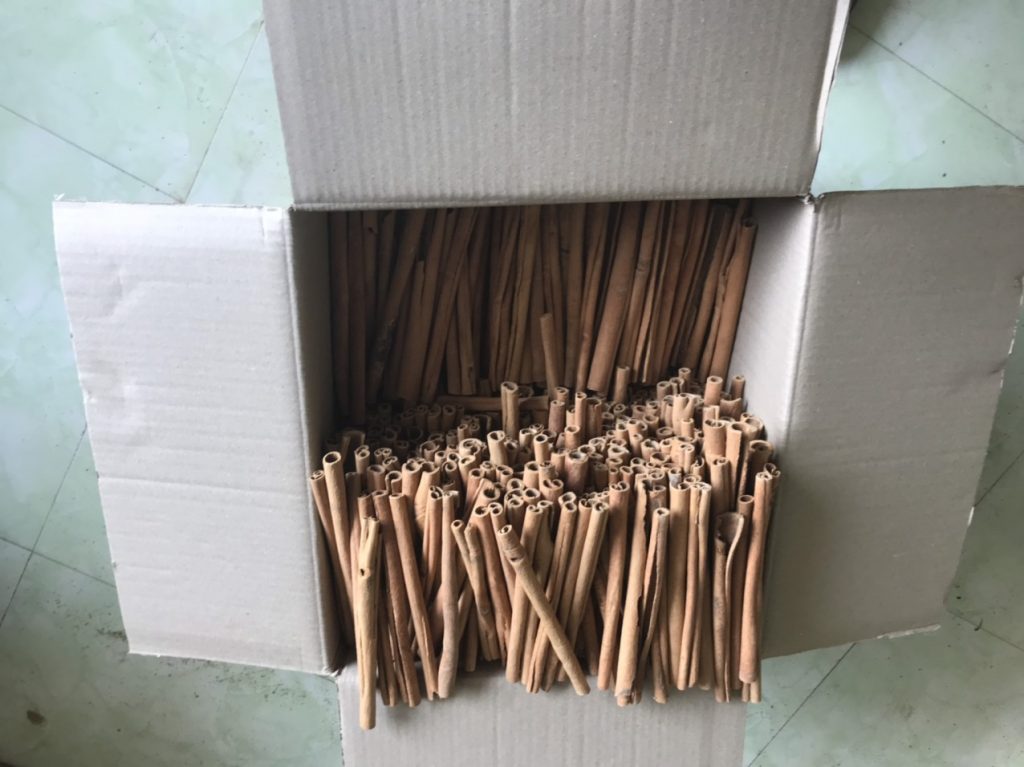 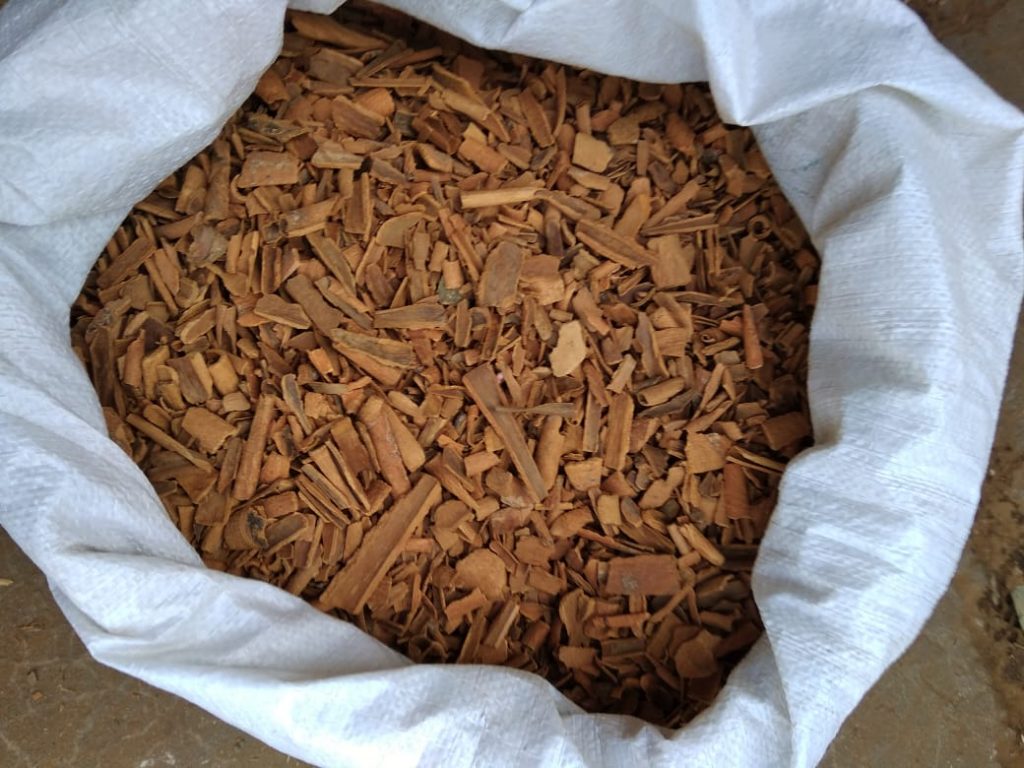 Our factory process Vietnam Cassia Vera not only in whole/broken form but also in CINNAMON POWDER. For grinding purpose, we choose between 2 types of Cinnamon bark. Which are Broken Cassia KABC (5% oil content) and Cassia KBBC (with 1.5% oil content). This is depend on requirement of markets about quality and Ciinamon Powder price. 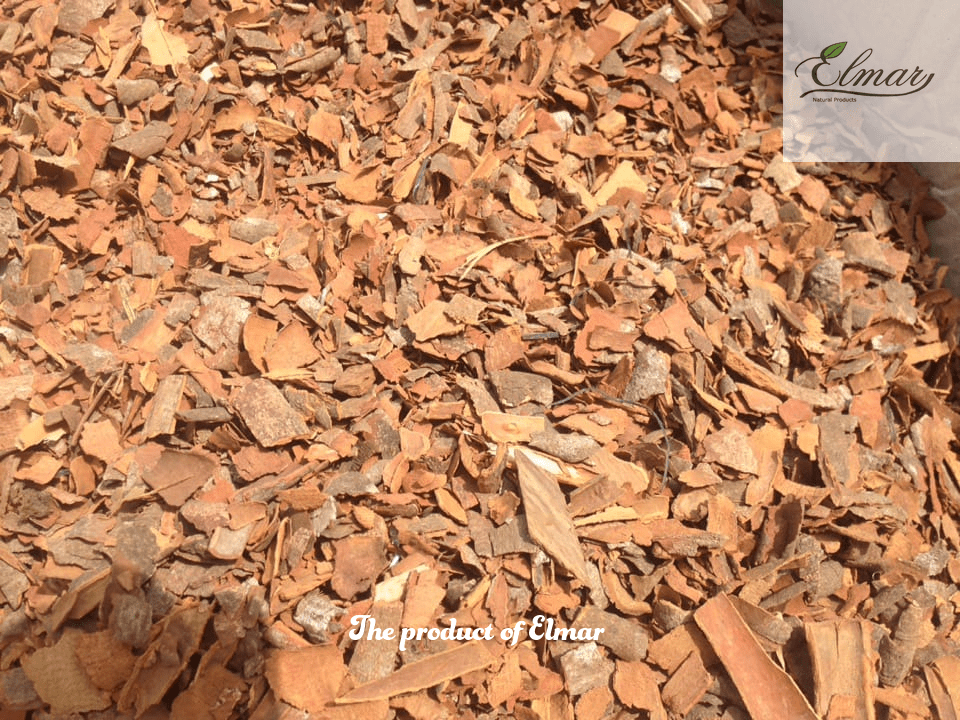 With a vision of introducing a high quality Cassia and more competitive prices, we are looking forward to serve the people a wonderful taste of spices from Vietnam. Our business philosophy is to commit win – win cooperation among parties. Furthermore, we are doing the best to make the world better and better. 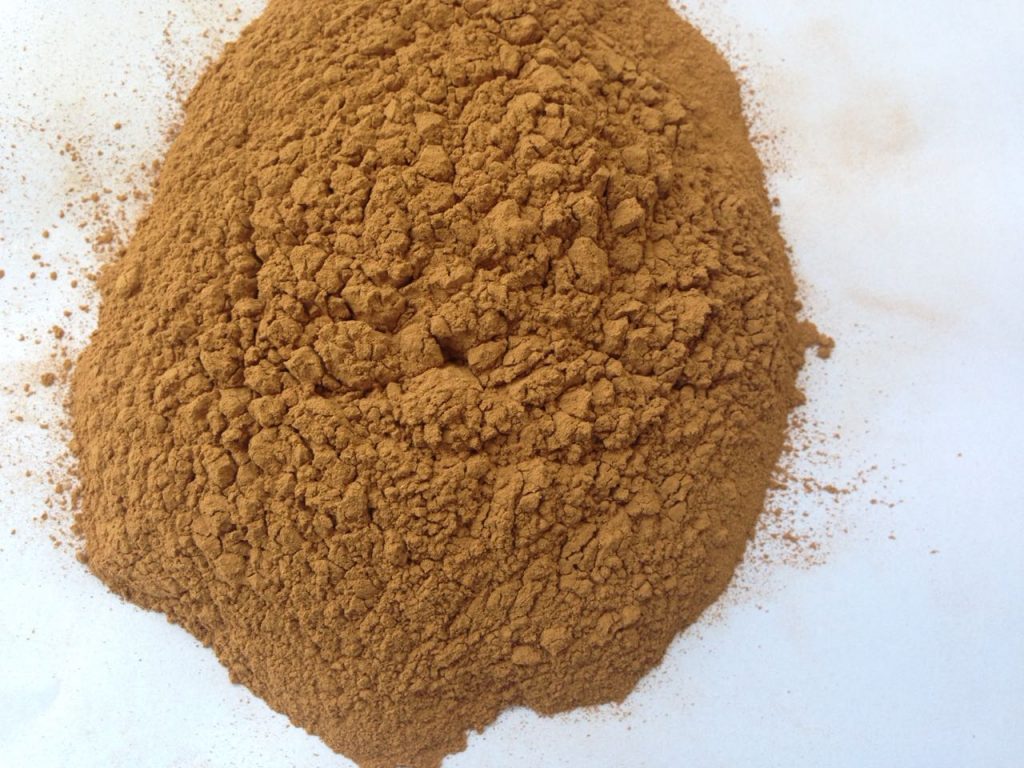 With modern factory, highly equipped, we are grinding Cinnamon powder 100% from Vietnam Cinnamon. We have advantages with cheaper labor cost, and near the plantation. Hence, Elmar is offering cinnamon powder is being offered at high quality, 100% pure, and very competitive price. The cinnamon powder has oil content from 1% to 5%. Although we export the most popular 2% oil content cinnamon powder.

All in all, we would like to offer you our high quality Vietnam Cinnamon Stick price based on terms and conditions: 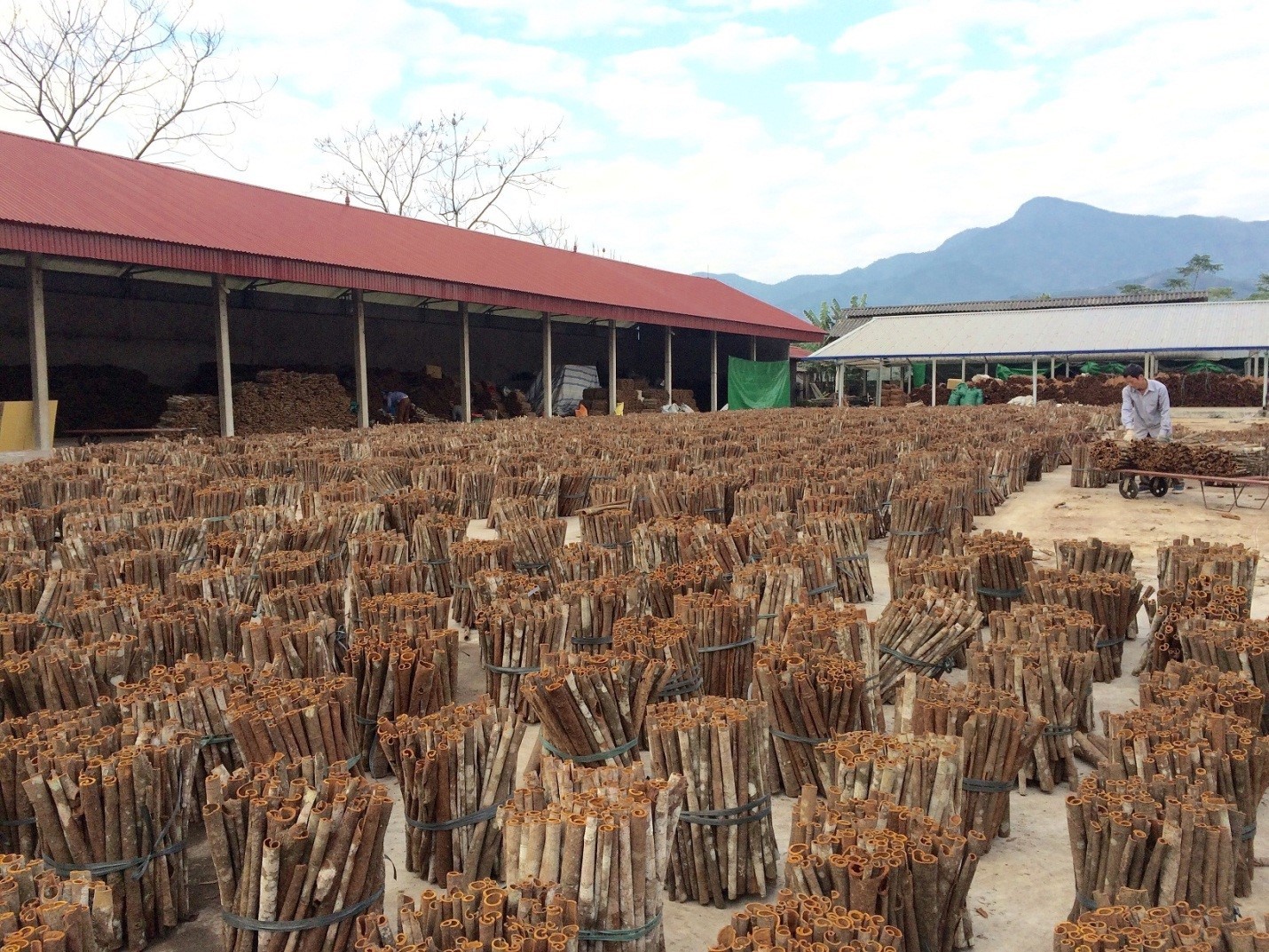 In summary, we would like to be your reliable partner for Vietnamese high quality cinnamon . In addition, if customers need samples, we will send them to customers. The samples are free but freight, customs fees, and other fees are customers’ responsibility. 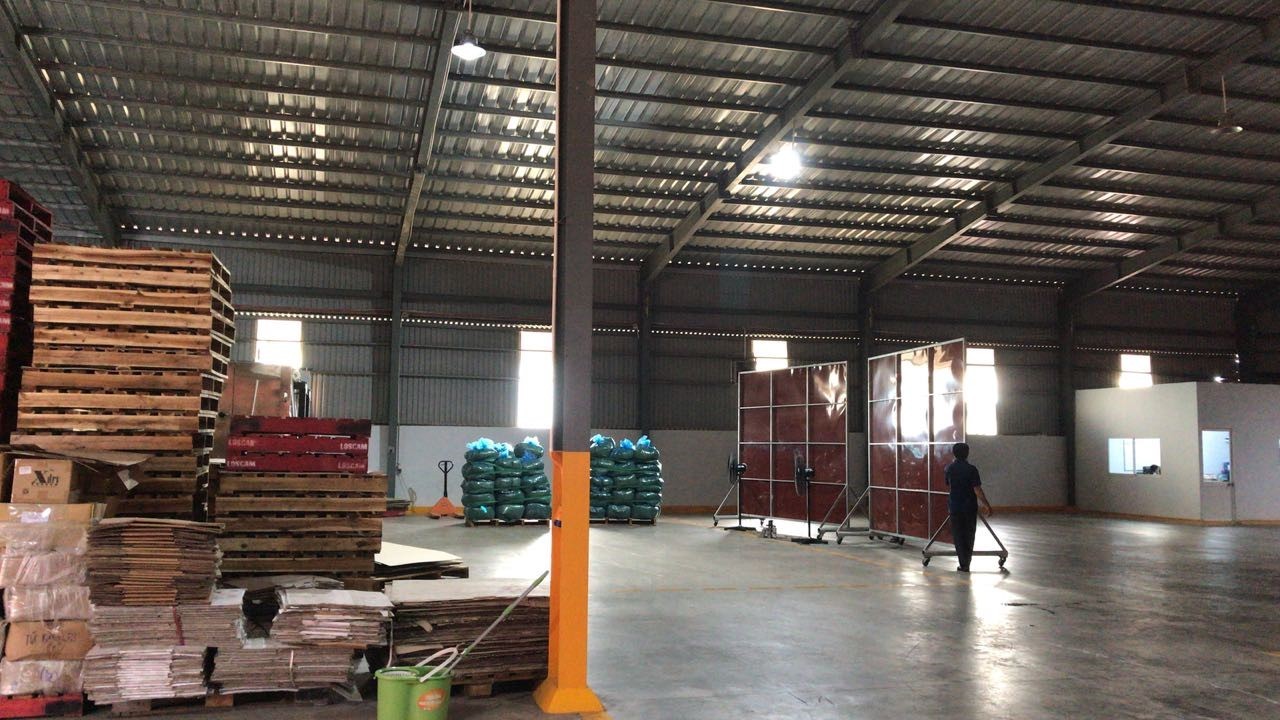 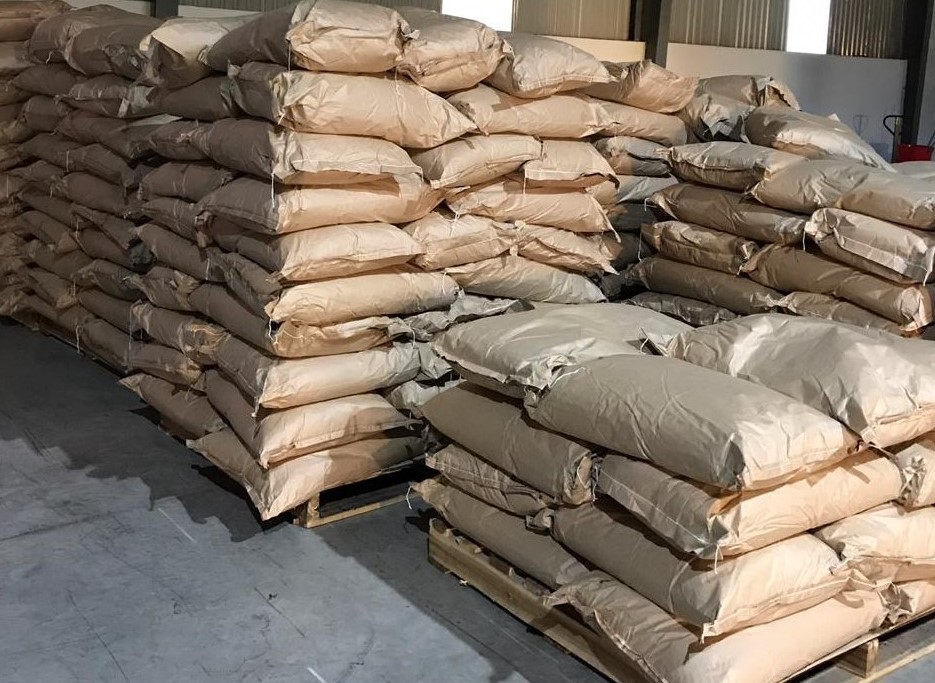 We also produce the Split Cinnamon which is an importance spice for Indian dishes: 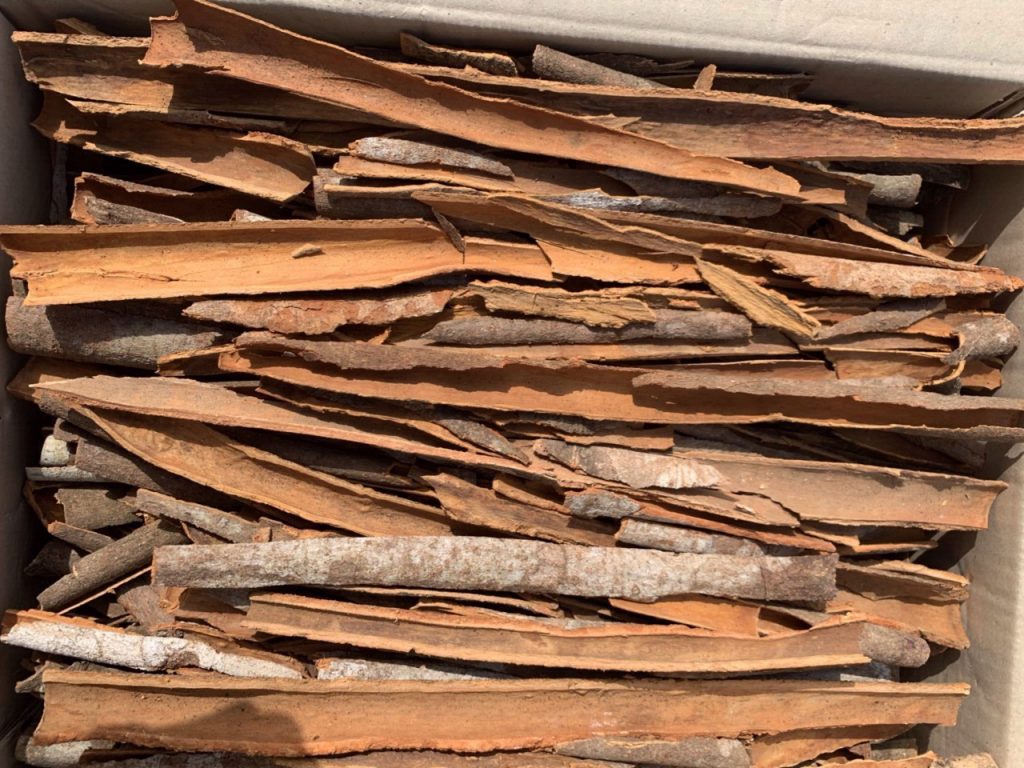 For the past 20 years, the demand of organic cinnamon products are growing higher and higher. People need to use natural products, without pesticide. Hence, Elmar has been cooperating with more than 50 farmers. We train the farmers not to use chemicals during cultivating the cinnamon. Our QA staff conduct training for farmers twice in a year. We also test the pesticide of every batch by EUROFIN. Moreover, we store the Organic Cinnamon in separate warehouse. It is kept far from Conventional Cinnamon.

The Organic Certifier is Control Union. With audit farms/factory once in a year.

Our organic farms are more than 200 hecta. Therefore, we expect to harvest 1600 – 1800 tons of Organic Cinnamon annually. Our vision is expanding the Organic Cinnamon Farms to 1000 hecta in 2025. And achieve the Fair Trade for Organic Cinnamon. Which we will support farmers for a long term relationships. With fair trade agreements, the farmers will be happy to take care of their own Organic farms. 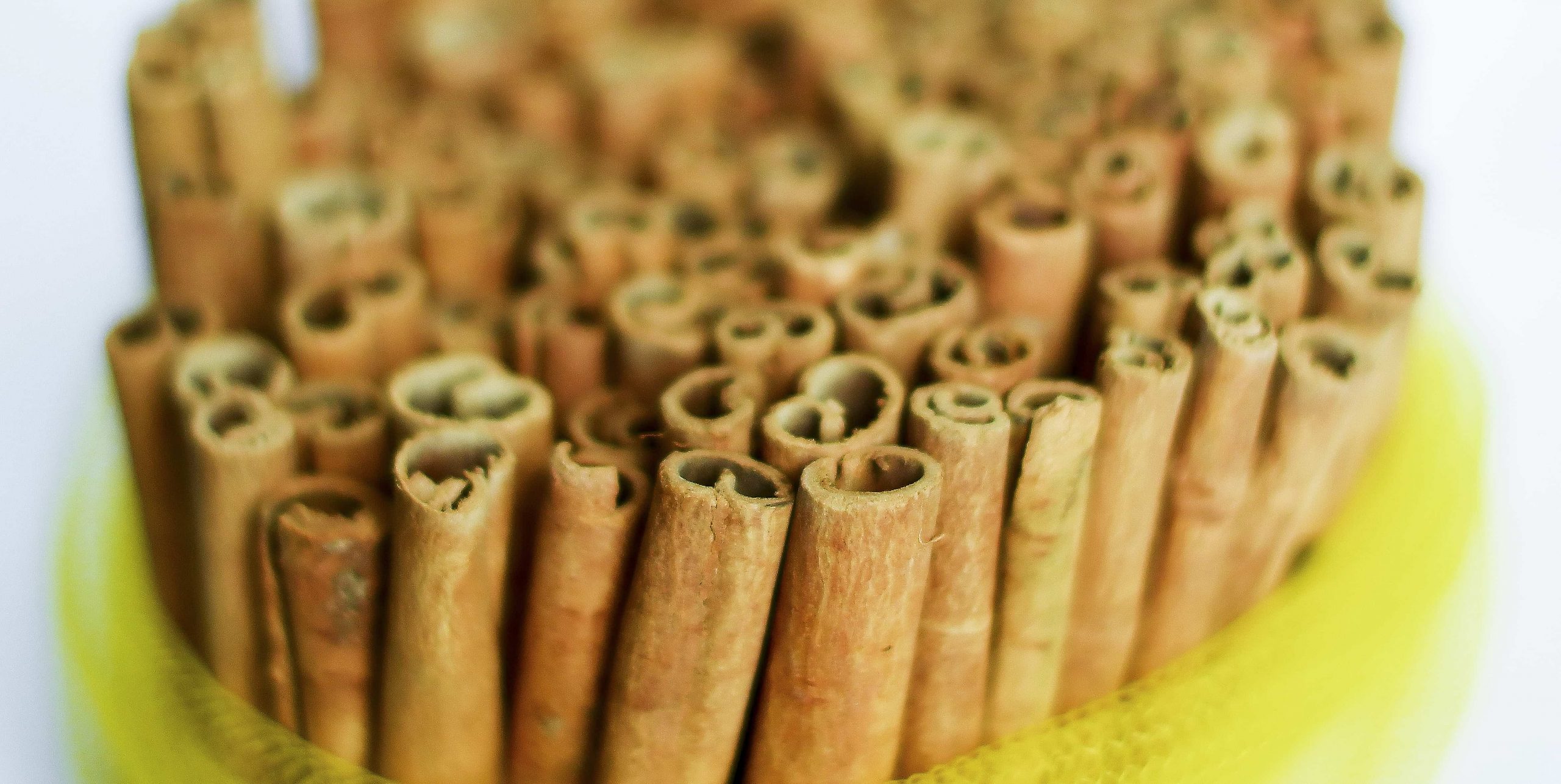 We aim at supplying Organic Cinnamon products to all over the world. Hence, people could use Organic Vietnam Cinnamon at cheaper price than the Srilanka original.

For more information, please contact us on the following information: 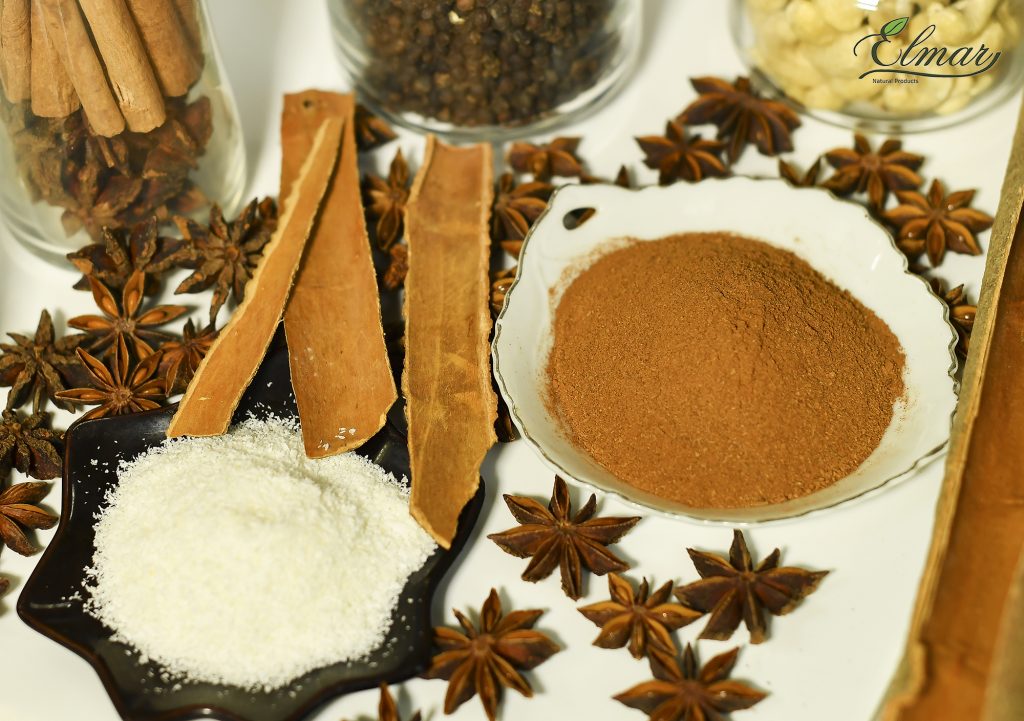