Cinnamon Powder is one of the best herbal, spices, flavors in the world since millenniums ago.

More than 4000 years ago, the Ancient Egyptian imported Cinnamon Powder from China. In the first place, they used it as a herbal medicine and an importance food spices.

Nowadays, many studies indicate that Cinnamon is a supportive effect on blood sugar. Moreover, scientist also indicated that cinnamon has antifungal and antibacterial properties. Furthermore, they also showed that smelling cinnamon may support memory. Besides, some studies found an incredible use to against medication resistant.

In the same way, some patients were used 1/2 teaspoon of cinnamon ground mix with honey in the early morning. After 7 days, patients had great relief in arthritis pain!

And 1/2 teaspoon of cinnamon powder per day may possibly support healthy lipid levels. In addition, when added to food then it may support inhibiting bacterial growth. And it extend food expiration. Hence, Cinnamon has a roll as natural food preservative.

In the final analysis, Cinnamon is a great source of mineral. For example: manganese, calcium, iron, Phosphorus, Postasium and Copper.

After all, the ancient people treated Cinnamon Powder as a high effective herbal. Then again, in 21th Century, people still highly appreciate it with above reasons.

Where is Cinnamon from?

(Cinnamon stick from the North and Middle of Vietnam)

For a long time, people usually considered Cinnamon Ceylon from Srilanka is the best one. However, since 2015, the world has been now using Cinnamon Cassia from Vietnam. Because of much cheaper price while quality is also good. Thus, 90% Cinnamon Powder which is available in American stores come from Vietnam! And the American calls it as: Saigon Cinnamon Ground.

Same as other ancient trees, Vietnam Cinnamon grows among old mountains and forest in the North. For this reason, Cinnamon Powder is 100% natural, no pesticide, non GMO. Furthermore, Cinnamon has lot of benefit for health. As a result, the product is always in high demand. And people use this spicy powder a lot in winter season indeed.

In conclusion, it is very importance to realize that Vietnam Cinnamon Powder price is much cheaper than Sri Lanka one. However, quality is equal or even better with stronger spicy, smell. For instant, we supply all range of Cinnamon Ground to the world.

With HACCP certified factory, Elmar grinds cinnamon powder 100% from cinnamon bark. In addition, we have cheap labor cost, and near the plantation. For this reason, our cinnamon powder in Vietnam is being offered not only high quality but also very competitive price. The general cinnamon powder has oil content from 1% to 3%. The maximum oil content of the product in Vietnam is 6%. Definitely the powder contains 6% VO is so strong in flavor and taste. Hence, some medical factories use it for extracting the Cinnamon Oil

Regarding to the market, the Middle East markets prefer 1% oil content. On the other hands, EU countries love the 1.5-2% VO. While US, Canada market standard is 2% – 2.5% VO content.

Of course, our factory is also certified ISO22000, running under HACCP, SSOP, GMP. Hence, we always assure the premium quality of Cinnamon Powder. 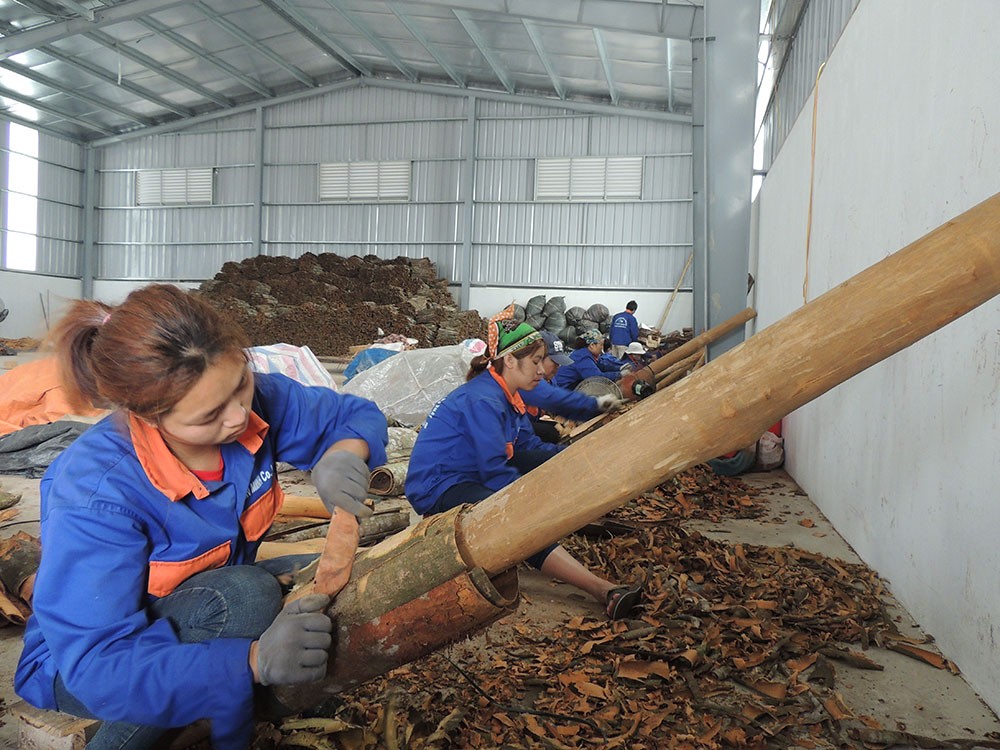 Especially, we are also clean and export the Cassia Husk. This product is a great help for any cinnamon grinding factories.

All in all, we would like to offer you our high quality Cinnamon Powder in Vietnam:

For more information, please contact us on the following information: